To say that Ariana Grande has had a difficult 2018 is an understatement of the highest order.

The pop princess has weathered much in the last ten months: the end of her two-year relationship with rapper Mac Miller and his subsequent passing, a whirlwind engagement to SNL star Pete Davidson that ended only some weeks ago, and the release of Sweetener, her first album following the devastating terrorist attack at her concert in Manchester, England last year. Frankly, it’s an astonishing achievement that, through this turmoil, on top of being one of the biggest pop stars in the world, she appears to be keeping it together so well. Absolutely no one would blame her for taking the most well-deserved, extended break. 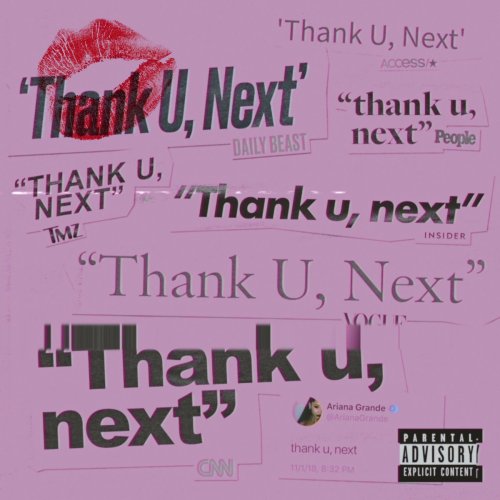 To the contrary, Ariana Grande is moving full steam ahead and using her troubled public past as fuel. The future begins with “thank u, next”, a new single released only hours ago after Grande teased it on Twitter. It’s not clear if the Sweetener era has been completely abandoned (the song is stylized as the album’s tracks are), but it doesn’t seem to matter much to Grande. What she does care about is taking stock of the tumult and moving beyond it, in surprisingly unguarded fashion.

“thank u, next” is Grande’s most personal record to date, the first verse summarizing her relationships and their impact on her. Big Sean, Ricky Alvarez, Pete Davidson and Mac Miller are all name-dropped, but Grande doesn’t bash any of them, despite what the title might imply (she did have some indirect words for her ex-fiancée on Twitter a few days ago). She invokes them as battle scars, reflecting briefly on the lessons each taught her as she resolves to move past them. The words and her vocals are decidedly malice-free; she sounds thoughtful and calm as she recounts her past and charts her future. She even allows for some humor and self-awareness, all in service of a fresh start that sets herself as the priority (she sings that she’s already begun a new relationship, with “Ari”). It’s an unabashedly positive sentiment, delivered through the most straightforward and accessible production she’s put out this year. The song is classic R&B-pop Grande, and while it doesn’t push her into any new territory, she sounds as comfortable as she’s ever been.

Whether “thank u, next” is her blowing off some steam, or the start of a new, post-engagement album era, it’s good to hear that Ariana Grande is attempting to take all that’s happened in her life in stride. Resilience against tribulation is key to a long-lasting pop career, and if this song is any indication, she’ll be just fine. That said, a break should definitely be the “next” she’s talking about.

Stream “thank you, next” below”:

1 comment on “Ariana Grande Reflects and Resets With Surprise Single “thank u, next””