Skip to content
A magnificent Meryl Streep stands out in the jumbled narrative of Spielberg's dashed Oscar hopeful.

There was once a time that The Post was considered a lock for multiple Oscar nominations and a serious Best Picture contender. A movie about the publication of the Pentagon Papers, directed by Oscar-winning Steven Spielberg, starring Oscar stalwarts Meryl Streep and Tom Hanks? It was the safest bet you could make last fall. And yet, heading into the final stretch of the awards season, The Post is a non-factor. The film is present in only two categories: Best Actress for Streep and Best Picture, and is considered a contender in neither. So, with a sterling pedigree and intensely relevant themes, what went wrong? 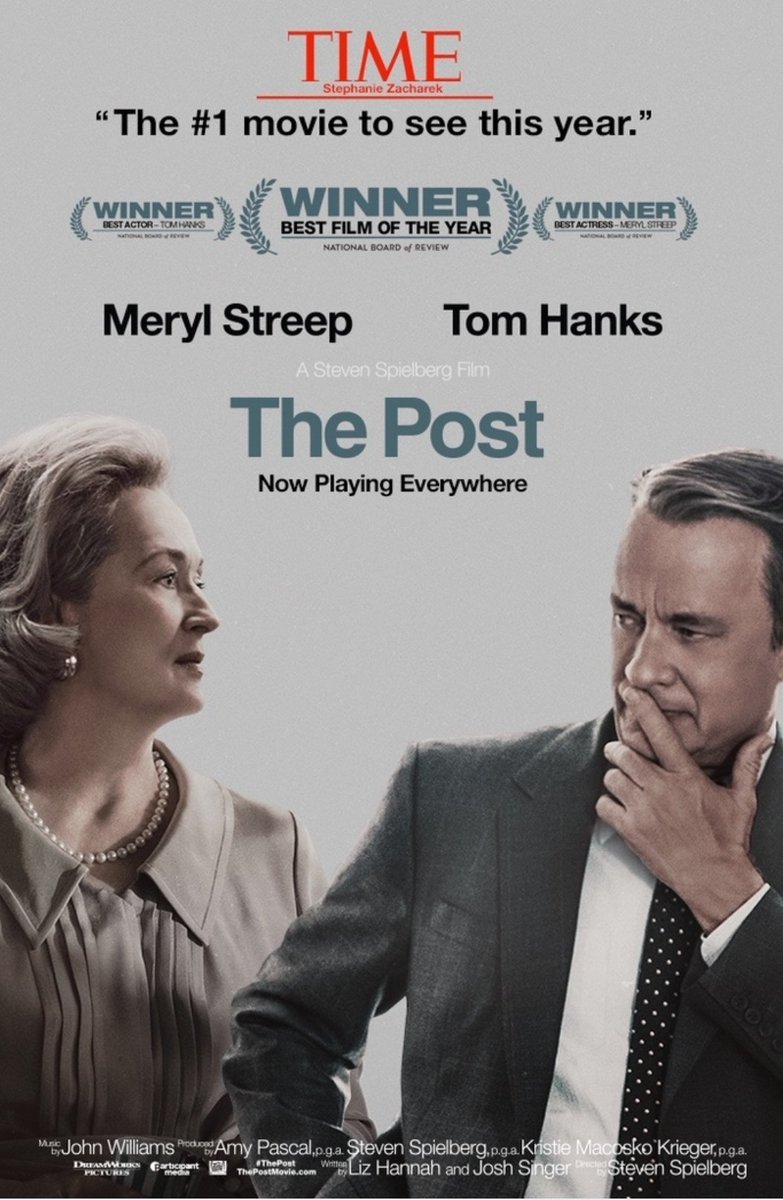 The Post is about the whirlwind days before and after The Washington Post published the Pentagon Papers, an explosive collection of documents that exposed the U.S. government’s misinformation campaign around the unpopular Vietnam War. The film follows multiple threads: the Post’s desire to be a national publication competitive with The New York Times; the paper’s upcoming listing on the stock exchange; the mad dash of its editorial team, led by the brash Ben Bradlee (Hanks), to track down the game-changing documents; and the emergence of Katherine Graham (Streep), the paper’s reluctant publisher, who must both uphold her paper’s principles and protect it – and her family’s legacy – from financial and political ruin, all while dealing with the passive misogyny of her colleagues. Together, they are supposed to form a portrait of the importance of a free, independent press.

It’s unfortunate that The Post, arriving at a time when it should be bursting with cultural and political resonance, doesn’t resonate much at all. There’s nothing technically wrong with the film; Spielberg does a fine job replicating the newsroom hustle-and-bustle pace, tracking closely behind as reporters frantically tear through documents. However, that energy he tries to create is felled by a plot that feels largely inconsequential. Watching The Post chase after a story that the Times already broke feels futile and even a little petty. We don’t spend enough with The Post and its employees to establish a empathetic link to its financial future, which is tied to the decision to belatedly publish the documents, in an attempt to build dramatic tension. Kay Graham’s story fares better – she cuts a very sympathetic figure as an overwhelmed but strong-willed woman coming into her voice before our eyes – but she has to fight for space amongst the other, lesser narratives. The film feels unfocused, squandering its more compelling angles to tell a larger, muddled tale about journalistic integrity that Best Picture Oscar winner Spotlight told much better.

Amidst a jumbled plot and decent direction, at least The Post‘s performances shine. Meryl Streep secured the film’s only other nomination for Best Actress, and deservedly so. She renders Graham with a quiet exasperation that flows beneath even her most polite moments, and little shimmers of genuine fear at her huge burden that devastate. Streep conveys the publisher’s evolution from meek society maven to decisive newspaper woman through subtle, gradual changes in her eyes, her face, her demeanor, without ever losing her deceptively measured tone. Even when the film doesn’t do enough to set up the high stakes for Graham, Streep’s performance more than makes up for it. Easily the most treasured actress of our time, she is still capable of surprising and delighting us with the depths of her inimitable talent. Tom Hanks is slightly less effective, skirting dangerously close to a caricature with his hammy performance as Post editor Ben Bradlee. His best moments are, naturally, with Streep, and Sarah Paulson as his wife; both help to bring the character back to Earth.

The Post is a fine, harmless film, with lofty goals of telling the most timely story of this awards season. However, it falls notably short of the dizzying heights of Spotlight, the true newspaper of our time. As remarkable as Meryl Streep is, the film doesn’t offer much else to ruminate on. A more focused plot, particularly on Graham’s burgeoning leadership of the newspaper, would’ve felt more relevant in the wake of the #MeToo and Time’s Up movements, but Spielberg’s admirable ambition doesn’t quite net out for him. Marquee talent aside, The Post will be likely be forgotten after the Oscar envelopes are opened and its name isn’t called.