Skip to content
The Conners and their couch are back, as if they never left.

No one really needed a Roseanne revival.

Television’s obsession with revivals and reboots in the last few years has yielded largely middling results (The CW’s Dynasty is still on the air for some reason), and there was no expectation that Roseanne would be any different. The comedy was a seminal 90’s classic, adored by audiences for its loving portrayal of blue-collar life and groundbreaking for its sensitive handling of hot-button issues like domestic violence and sexual identity. Nostalgia is powerful, but Roseanne feels like a series best suited for its time and place in American pop culture. Was anyone clamoring to find out how Roseanne Conner and her self-proclaimed white trash brood were doing in today’s world?

The answer was complicated by the announcement that Roseanne Conner, like her portrayer and namesake Roseanne Barr, was a proud Trump supporter. In one of the most politically divisive climates in history, how would a (presumably) hyper-conservative Roseanne work? How would the political atmosphere fit into the iconic Conner kitchen? Would the show’s social progressivism be erased? Most importantly, would the show still be funny? For a show that no one needed back, the added risk didn’t seem worth whatever reward ABC was banking on. 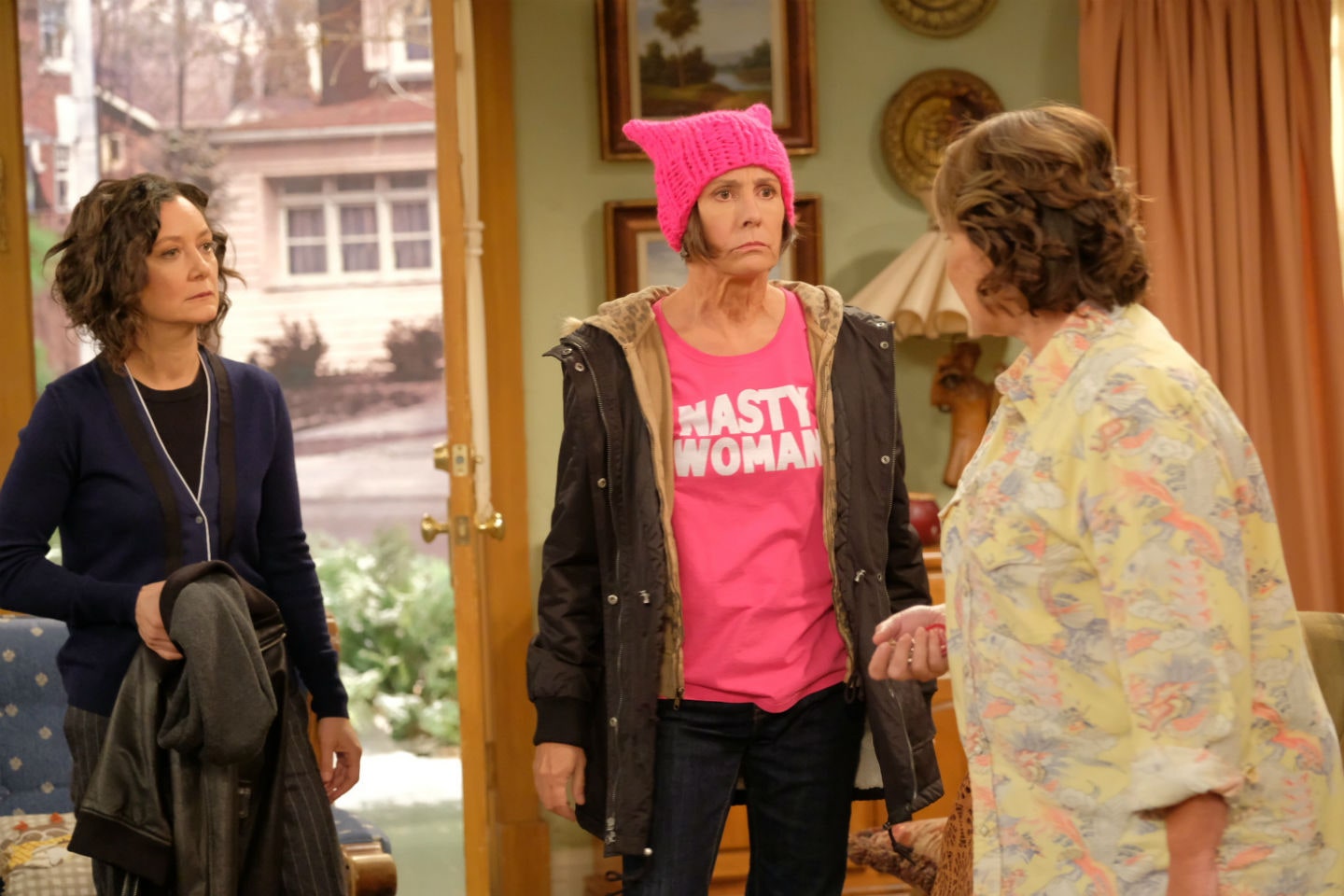 The reward, as it turns out, is pure, unabashed hilarity, and this new Roseanne doles it out in spades. From the moment Roseanne and Dan are woken up by their recently-moved-in grandkids, the laughter is almost endless. The writing is just as sharp and witty as it was thirty years ago, mining the Conners’ working class struggles and their reactions to the modern world for top-notch humor and cutting one-liners. Roseanne and company cover an impressive amount of topics in 21 minutes: poverty, gender fluidity, sexual identity, surrogacy, divorce, money, even death, without missing a beat in between the laughs. It’s an embarrassment of comedic riches when the show’s more meta jokes (references to Dan’s death and the presence of the two Beckys) end up being the weakest. Surprisingly, Roseanne‘s best humor comes from its inevitable discussion of politics, with Roseanne on Team Trump and Aunt Jackie on Team not-Trump. Both sides of the political spectrum are afforded fair and balanced treatment, with jokes that are smart, thoughtful, and of course hilarious. Maybe Hilary gets the sharpest crack of the first episode, but it is refreshing how the show is able to inject some desperately-needed levity in this most toxic of environments.

This new Roseanne also isn’t afraid to tackle modern social issues, and that is where the original’s heart manifests itself. Darlene’s son nine-year old son Mark proudly wears dresses and choker necklaces, prompting concern from Dan that he will be bullied as he transitions to a small-town elementary school. Gender fluidity was a nonexistent concept on network television when Roseanne originally ruled the airwaves, but just like it did with social issues back then, the show deploys straightforward plain-spokenness to advocate for compassion and acceptance of Mark’s exploration. The show is honest about the tough attitudes of their immediate surroundings – and how Mark will certainly struggle fitting in – but it’s clear that Roseanne is just as forward-thinking and empathetic as it was in the 80’s and 90’s.

It would’ve been a success if the Roseanne revival was just good enough to not tarnish the original’s sterling position in the pop culture canon. That the revival appears to be matching it in terms of comedic excellence is practically a miracle. More than justifying its own existence, Roseanne lends fresh credence to the reboot or revival, how a show can be just as vital in a new time and space. Assuming the quality holds the whole season, Roseanne can be safely declared a triumph.