The state of the Recording Academy's union is not strong.

On Sunday night, the 60th Annual Grammy Awards aired on CBS. I was on my couch, very sick, but did my best to stay awake enough to see which deserving artists would lose that golden gramophone and which performances we would be talking about for exactly 12 hours afterwards. I fell asleep by 10pm.

Waking up the next morning, a push notification from the New York Times announced that Bruno Mars and his 24K Magic album swept the top three categories: Album, Record and Song of the Year. I promptly went back to sleep, surprised but nonplussed.

Chances are, illness or not, I probably would’ve fallen asleep watching the Grammys anyway. Music’s biggest night, as it once had the right to proclaim itself, has been drained of anything resembling relevance, to the point where its placement on the awards calendar barely warrants a shrug of acknowledgement. Had the latest installment offered a genuine surprise, a celebration of the year’s best and brightest, or a performance for the record books, maybe the Grammys could slow, if not halt, its forward march to the trash heap. Sadly, it didn’t; how did it get so bad for the Recording Academy?

And the Winner is (Someone We Don’t Care About) 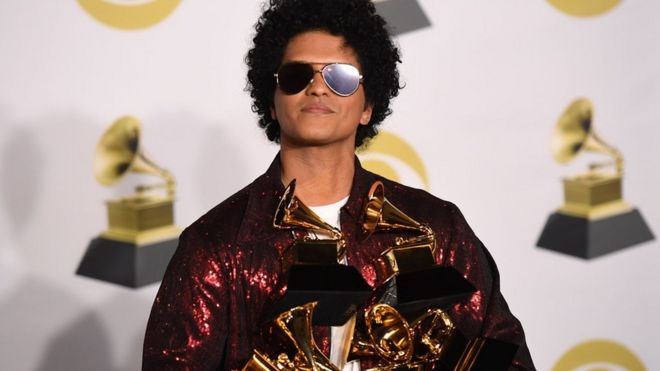 The shocking win of Steely Dan over Eminem seem so long along, huh? In its 60-year history, the Grammys have always had a spotty history with projecting the songs and artists that would stand the test of time (for every Stevie Wonder, there’s a Baha Men). In a time, however, when music is more accessible than it has ever been, the Recording Academy’s absurdly narrow scope is no longer acceptable. Year after year after year after year, the Grammys have awarded the top (also read: televised) prizes not to the envelope pushers or genre benders they dangle carrots in front of with nominations, but to the safe, establishment-friendly choices they assume will rankle the least. Adele, the most successful artist of the last decade by most metrics, would likely agree being labeled the latter against Beyoncé; she said as much during her Album of the Year triumph over Lemonade last year. Bruno Mars is undoubtedly one of the biggest pop stars in the world and an immense talent, but in a field with game-changing works from Childish Gambino, Kendrick Lamar and Jay-Z (who still hasn’t one in this category, by the way), 24K Magic‘s sweep defies cultural logic.

The flip side of picking safe choices is that rarely inspire the passionate support that comes with rewarding the more interesting one. How many more times are Kendrick Lamar fans supposed to accept his graceful losses before deciding enough is enough? Clearly, not long, if this year’s ratings are anything to go by. Maybe the makeup of the Recording Academy is the problem (they don’t release demographics, but it is largely believed that the 12,000-string voting bloc are largely white, older, and male), or their understanding of what should be recognized versus what should be celebrated (rock and traditional pop versus hip-hop, R&B and dance-pop). Whatever diagnosis you assign, the Grammys’ selection process, while understandably subjective and flaw, has been malignant to the ceremony’s standing with the public, and is poised to only get worse as the music world expands with the meteoric growth of streaming and the shrinking need for traditional labels to break into the industry. That doesn’t mean that the Academy should blanket Lamar with Grammys with his next release (those will be career trophies at that point), but the Academy and its voters need to take a long, hard look at its own tastes and interests if it really wants to reflect the culture the way it claims to.

Performances That Try Too Hard (and Not Enough) 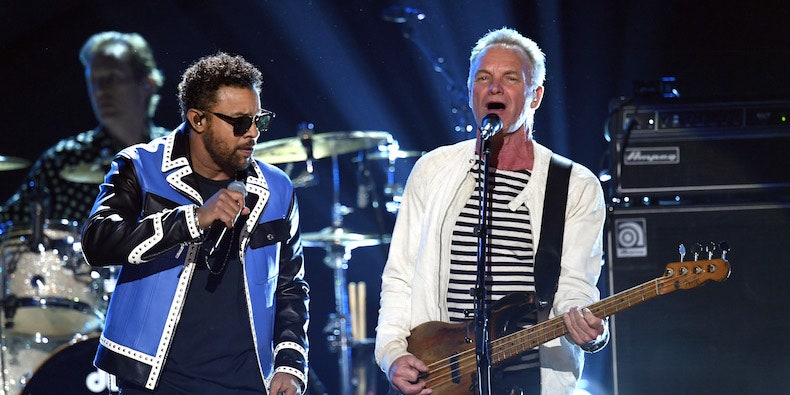 In the last few years, Grammy commercials and Grammy hosts have touted “the Grammy moment” as a major reason to watch. These are the performances we will never forget, the ones etched into the public consciousness, that you know even if you’ve never seen it before. Think Barbra Streisand and Neil Diamond singing “You Don’t Bring Me Flowers” at the 1980 ceremony, or Michael Jackson’s showstopper medley of “The Way You Make Me Feel” and “Man in the Mirror” at the 1988 awards, or Elton John and Eminem’s controversial “Stan” duet in 2000. For decades, you can rely on the Grammys to deliver some truly memorable performances that, even if you disagreed with the winners, you could still appreciate.

Those “Grammy moments” are becoming increasingly few and far between. The show’s producers seem obsessed with creating these show-stopping performances, and have decided the most effective way to do so is to throw random artists together on multiple stages and hope for the best. Shaggy and Sting? Sure, why not? Metallica and Lady Gaga at last year’s ceremony? Ok. Those performances may have been unexpected, and vaguely sensical, but the feeling that they were forced, not real or authentic, pairings distracted from any technical achievement they could’ve achieved together. In the case those team-ups that no asked for don’t do the trick, what’s better than awkwardly inviting performers who weren’t even nominated the year they were eligible up to the stage, as was the case with DJ Khaled, Bryson Tiller and Rihanna, whose smash hit “Wild Thoughts” was majorly snubbed? Or how about having Lorde sit out a chance to bring her Album of the Year nominee Melodrama to life? Or constantly reminding everyone about Pink’s true 2010 Grammy moment performing “Glitter in the Air” mid-air to the point that her just-nice performance of “Wild Hearts Can’t Be Broken” is robbed of its own impact? The Grammys have forgotten that “Grammy moments” are made not by careful plotting by producers and overhype, but by organically talented people coming together on one stage to celebrate music. If magic happens, it will. But if you try forcing it, it just comes off desperate, and there’s nothing less attractive than desperation, especially for a 60-year old awards ceremony.

Can you really say the Grammys are over? Probably not; they are an institution, after all, and institutions don’t fall overnight. But it would be foolish for the Recording Academy not to acknowledge that their shining achievement is starting to crumble, and it will need a lot more than some spit-shine to keep it solid for its 100th anniversary.

In the meantime, at least I’ll get a couple of hours of sleep back on a weekend.