I had no real interest in picking up another superhero show or film, especially one even tangentially connected to the bloated Berlanti-verse (I dropped every show except Supergirl from my TV rotation). I wasn’t going to risk superhero fatigue heading into Black Panther, so I figured I could pass on Black Lightning, which seemed at passing glance like DC’s cynical attempt to capitalize on the excitement for the upcoming Marvel blockbuster. My interest was piqued by the enthusiastic responses to the show’s first episode, and I decided to give the show a shot.

Black Lightning wants more than just a shot; it demands your complete and undivided attention. The show’s debut episode is a remarkable display of swagger and confidence, unbothered by how familiar audiences are with its titular crime-fighter. The man behind this particular mask is Jefferson Pierce (Cress Williams), a charter school principal and a pillar in his community. In a surprising and welcome switch-up from the typical origin story, Pierce has already lived his life as Black Lightning, a metahuman hero who can control electricity, but he gave it up nine years ago after it ripped his family apart. Education is his weapon now, using it to empower the next generation and keep them away from the gang life tearing through his city. His powers, largely dormant during his retirement, spark alive when he is wrongfully pulled over by police, and are fully charged when his two daughters are kidnapped by a member of the city’s most dangerous gang.

In a genre with alien overlords and evil maniacs, Black Lightning‘s gang threats may feel small in comparison. For Pierce and his community, they pose imminent, intimate danger, and the show does excellent work establishing those stakes. Seeing a superhero fight more tangible and relatable villains is a nice change from the global and supernatural crises that are often too big to register. The show quickly absolves the notion that more grounded bad guys are any less dangerous. Black Lightning can be viscerally, unflinchingly violent at times, in ways that would make even Arrow quiver. Guns are often treated as obstacles for superheroes to laugh off; here, they leave the characters paralyzed with fear, even the man who could easily repel them. The show understands the deeply ingrained role of guns in the Black community, and communicates that tension with unsettling realism. 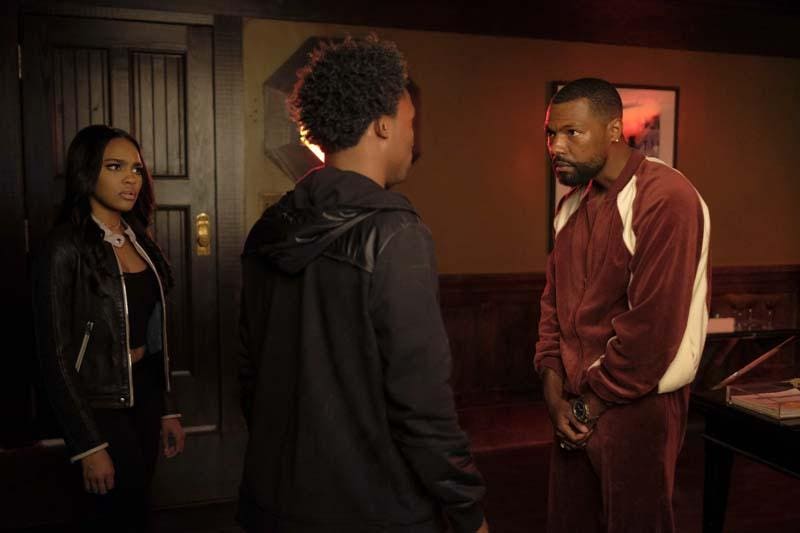 The key to Black Lightning’s success is how proudly, unapologetically Black it is. There is an intimate, authentic knowledge of the culture on display – in the language and the characters; interaction – that is powerfully relatable. The show also doesn’t shy away from the realities of being Black in America, dealing with issues like racial profiling, gentrification, charter school education and drugs with clarity and honesty. Black Lightning fully considers and appreciates Blackness, good and bad, in ways that superhero properties often don’t. The show’s treatment of Black women is practically radical in comparison to the most inclusive of narratives. On another show, Pierce’s daughters Anissa and Jennifer would be treated as canon fodder that distract Pierce or are leveraged against him. Here, they are not only the figurative source of his strength, they are three dimensional characters with wants and needs of their own, capable of thrilling strength and vulnerability. Anissa is especially unique, with awakening powers of her own that make her own crime-fighting future inevitable. Of course, being Black isn’t a prerequisite for enjoying the show, but there’s a “for us, by us” feel that makes watching it as a person of color a joyous, celebratory experience.

Cress Williams is great as Jefferson Pierce and his super-charged alter-ego. Beneath the dignified and graceful overtones he plays as the community leader, Williams conveys a crackling intensity through his words, as if the wrong word or move would be enough to spark the metahuman underneath. The cast surrounding him is equally strong, particularly Nafessa Williams as Anissa and Christina Adams as Lynn Stewart, with whom he shares a potent chemistry with that the writers would be foolish not to capitalize on. There is one place where the show falters, a problem that other CW superhero shows have struggled with. Black Lightning’s costume is a clumsy, bulky mass of plastic molding that would be kitschy mess if Williams didn’t wear it with such serious conviction.

It’s a credit to Mara Brock Akil and Greg Berlanti that the only quibble I could drudge up was a not-so-good costume. Black Lightning is off to a great start, a welcome addition to the nearly-stale superhero line-up on The CW. With a strong perspective on what heroism means, and what it means for a black man, this show arrives at the perfect moment, not only to entertain, but to celebrate and reflect a group of people who’ve been marginalized too long in the genre. If you’re running low on energy for superheroes, let Black Lightning provide you with a much-needed jolt.