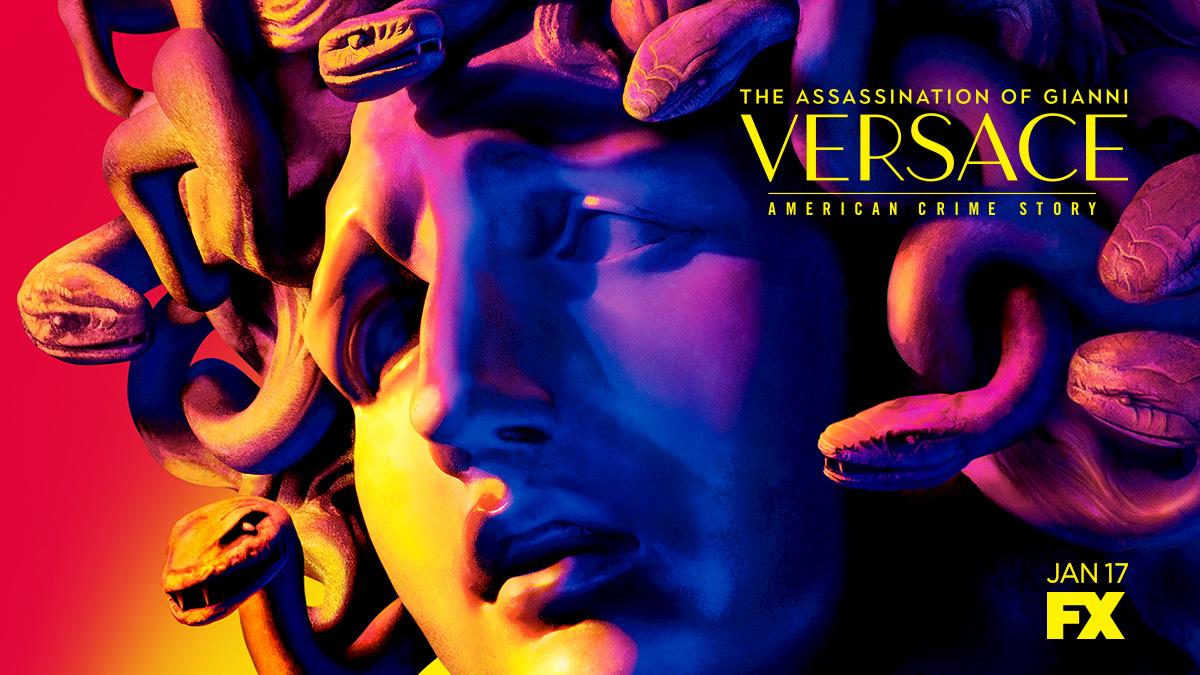 The Assassination of Gianni Versace: American Crime Story begins by recounting what should’ve been a normal morning for Versace. He awakens, eats breakfast and greets his house staff in a luxurious pink robe, walks the streets of Miami Beach to pick up some magazines. Versace’s charmingly normal routine unintentionally puts him in the crosshairs of a young man having a decidedly worse morning. A failed suicide attempt on the beach has left Andrew Cunanan completely distraught, until he happens upon the Versace villa. A switch goes off in Cunanan’s brain, and within seconds, Gianni Versace is dead.

It’s a powerful start to a fascinating 75 minutes of television. The pressure is on for Ryan Murphy after a stellar first season of his anthology series, and he largely delivers with its second installment. The first episode is stunning from the onset, filmed with a sleek and stylish elegance befitting Versace’s legendary aesthetic. Murphy’s meticulous attention to detail is welcomed here, from the intricately designed key plate to the Princess Diana Vanity Fair cover. He crafts a fully-realized world that is both irresistibly opulent and remarkably restrained, avoiding flourishes that could’ve devolved into disrespectful camp. Visually, Versace is looking to be Murphy’s best work yet.

Slightly less assured, but equally as intriguing, is how Versace’s murder will unfold over the season. Kicking off with the shooting is an interesting choice, but the series’ success will depend on its juggling of the past and present, and the perspectives of victim and criminal. This episode definitely favors Cunanan, seeking to unpack the man behind the weapon. Cunanan is a toxic mix of rampant narcissism, mediocrity and internalized homophobia, and Darren Criss is much better at portraying the pitifully hollow man beneath the performative peacocking than I expected (the trailer, while excellent, did him no favors). As good as Criss is as Cunanan, Edgar Ramirez’s Versace is an overwhelming presence to play against. Aside from looking exactly like Versace, Ramirez is a charismatic presence, conveying the designer’s spiritual nature in subtle but powerful ways. His scenes alive are among the episode’s best, especially at the opera where the Versace hints at deconstructing Cunanan’s obvious artifice while offering words of grace and compassion. It’s gutting when those words are returned with a bullet to the face in the next scene. Obviously Cunanan is a pivotal figure, but I hope that Murphy will dedicate enough time to dig into Versace himself, if only to give Ramirez’s excellent portrayal more screentime.

For now, Versace’s loved ones will have to carry on in the tragedy’s aftermath. Leading that charge is Penelope Cruz’s grief-stricken but formidable Donatella Versace. She quickly takes control upon her arrival in Miami, coldly dismissing Versace’s lover Antonio and, in the episode’s best scene, reaffirms her commitment to protect Gianni’s legacy from the vultures (within minutes of Versace’s death, they are already descending, with one woman collecting his blood with one of his own magazine ads). With glassy eyes fixed in a steely gaze, Cruz is absolutely mesmerizing; her Emmy in September is effectively guaranteed. I can’t wait to see how she and Ramirez interpret the Versace siblings’ bond in future episodes. Ricky Martin also does affecting work as the shell-shocked Antonio. His police interrogation is an infuriating exercise in homophobia, and Martin devastates in his begrudging acceptance of the cruel indignities tossed at him.

The first episode of The Assassination of Gianni Versace: American Crime Story sets a stunning, engaging stage for this great American tragedy. Murphy posits that Versace’s murder was just as much a crime of the American consciousness as it was Andrew Cunanan’s, and it will be interesting to see what truths he and his talented cast will reveal in the coming weeks. For now, Versace is in vogue once again.