It’s that time of year again: awards season! As I attempt to do every year, I will be reviewing the top contenders for this year’s Academy Awards. The nominations won’t be out for a few more weeks, but it’s pretty safe to say that this film is a shoo-in for multiple nominations.

Call Me by Your Name sneaks up on you. 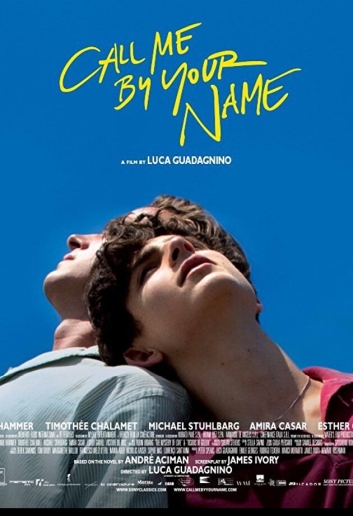 This sumptuous Italian fantasy, based on André Aciman’s novel, offers much more than just picturesque landscapes. Just as you’ve settled into the idyll that director Luca Gaudagnino has created, it’s stripped away and you are face-to-face with the aching humanity simmering beneath the stunning facade. Call Me by Your Name follows Elio Perlman (Timothée Chalamet), a prodigious 17-year old living in the countryside with his college professor father (Michael Stuhlbarg) and mother (Amira Casar). Set in the early 80’s, Elio spends his days transcribing music by the pool, reading and occasionally spending time with his French girlfriend. Wonderful as this life may seem, Elio is restless and awkward. The break in his ennui comes in the form of a 24-year old American graduate student named Oliver (Armie Hammer), who becomes his father’s research assistant. Oliver is casual and confident with movie star good looks. He breezes in and out of Elio’s life with a curt “Later”. Elio is irritated, then intrigued, then aroused by this handsome intruder. The attraction is mutual, and they spend their Italian summer together sizing each other up, trying to make sense of their burgeoning passion. By the time Elio and Oliver finally give in, the summer – and their time together – comes to an end. 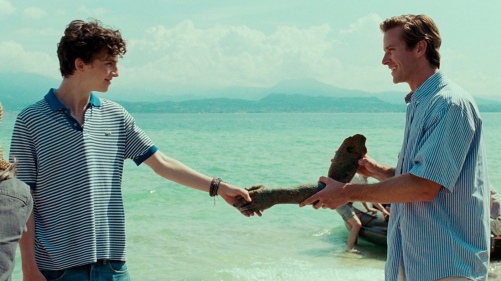 Guadagnino sets an incredible stage for this romance, lovingly capturing their flirtations against sun-drenched days and hazy nights. He and screenwriter James Ivory take their time, building their relationship through the quiet moments and slow pacing you would expect from the Italian countryside. For all of their intellectual sparring, male posturing and desperate eroticism, Elio and Oliver’s love blossoms in the silences, when they can drop their respective guards and share in their insecurities, fears and joy. The words they don’t, and can’t, speak aloud give even their most languid interactions an intense charge. Subtext drips deliciously from every scene, like the juice of a ripe, split peach.

Speaking of, Call Me by Your Name‘s most infamous scene subverts its explicit sexuality to serve as the film’s emotional core. The scene is less about Elio’s act with the peach than the intense feelings surrounding it: arousal, shame, embarrassment and even gratitude at Oliver’s attempt to engage with the peach himself. It’s in this moment that Elio realizes how deeply he cares for this man, how much time they’ve wasted and how little of it they have left. It’s shattering for him, leaving him broken and sobbing in Oliver’s arms. The scene, instead of being salacious or absurd, is a tender lament of love that can’t last, but worth the scars it’ll leave behind. 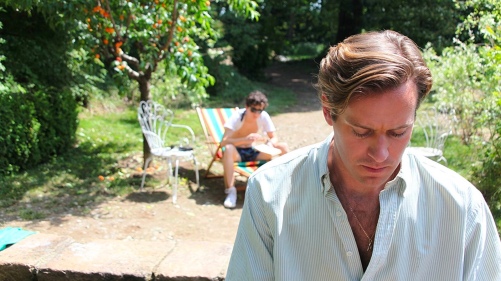 The scene works largely because of the film’s two excellent leads. Timothée Chalamet, a shoo-in for a Best Actor Oscar nomination, is simply incredible. He channels all of Elio’s frantic physical energy into every cell of his body. He fearlessly dives into the teen’s intelligence, petulance, insecurity and pain, sometimes conveying them all with one look, as he does in the film’s brilliant final scene. Armie Hammer is a revelation as Oliver, finally finding a role that delivers on the promises of his breakthrough in The Social Network. Unlike Elio, Oliver is aware of the real world ramifications of their romance, but he falls hard anyway, and Hammer communicates that internal struggle with remarkable warmth and vulnerability. Together, Chalamet and Hammer have excellent chemistry, gliding between playful and passionate moments like soulmates. Also worthy of praise is Michael Stuhlbarg as Elio’s father. He picks up the pieces of his broken heart when Oliver leaves, and Stuhlbarg peels back the layers of distant intellectualism to offer a compassionate, heart-rending missive to his son that may profoundly change some lives.

Call Me by Your Name is deceptive in the best way, subverting its beauty to reveal achingly human truths about life. It’s a beautiful portrait of the kind of first love we don’t appreciate, or even acknowledge, enough. Guided by sensitive direction and landmark performances from its stars, Call Me by Your Name is a celebration of life-changing intimacy and easily one of year’s best films.

0 comments on “Chasing Oscar: Call Me by Your Name Finds Love in a Quiet, Exquisite Place”