Oh, 2017, the year of people making poor decisions despite overwhelming evidence as to why they shouldn’t be.

The last 24 hours has been filled with memes, reactions, and general schadenfreude around the now-infamous Fyre Festival, a three-day musical extravaganza in the Bahamas that promised VIP-level fun in the sun, and delivered less than none of it. After headliner Blink-182 pulled out via Twitter, the festival was officially postponed and those in attendance were ushered from their luxurious hurricane preparedness beach tents and uncooked cheese sandwiches to chartered planes back to the mainland.

Anyone who did a quick Google search could’ve smelled the stink a thousand miles away. For those who lack that basic sense (i.e. the people spent tens of thousands of dollars on this farce), here is a breakdown of why the Fyre Festival was doomed from the very start (also do yourself a favor and check out the #fyrefestival hashtag; you’re welcome in advance):

Honestly, this was the red flag that makes the rest ketchup on those iconic cheese sandwiches. If this was 2001, when Ja Rule was regularly atop the charts with Ashanti and Jennifer Lopez… I still wouldn’t believe he could put together a three-day long festival in the Caribbean with luxury accommodations. This is 2017; Murder Inc. is long extinct and Ja Rule hasn’t had a hit on any chart in 13 years (he spent a chunk of that time in prison). On what planet is he capable of organizing any kind of festival, let alone one promising a VIP experience? Put it like this: Would Ja Rule himself be able to afford the most expensive package (costing $125,000)?

The other co-founder, Billy McFarland, has no experience in festival planning and lots of experience in scamming millennials into “luxury experiences” 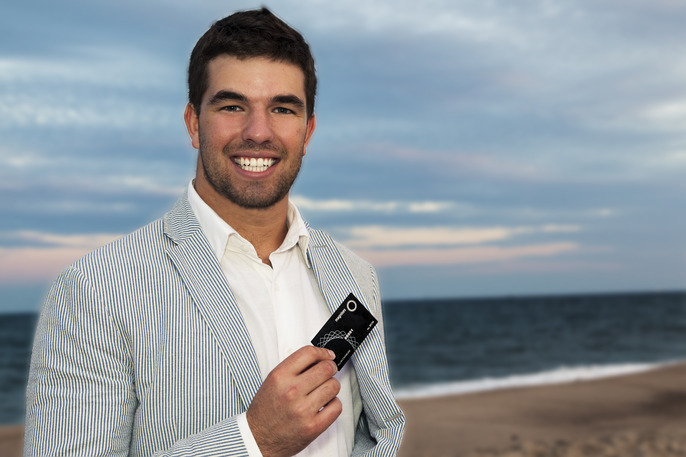 If you’ve never heard of Billy McFarland, well, that should’ve been the second red flag right there. If you have heard of him, it’s not because of his experience planning music events, because he doesn’t have any. What he is somewhat known for is Magnises, his tech start-up that promised black card-like luxury experiences and perks to millennials (sounds familiar). As the New York Times notes in a 2013 profile, it’s essentially a fraternity for people who aspire to elite living, without the necessary wealth.

The festival line-up was not worth thousands of dollars

Yeah, yeah, it was about the experience, but the Fyre Festival is a music festival, which means the music matters most. The headliners for this festival were G.O.O.D. Music, Major Lazer, Disclosure (doing a DJ set), Migos, and Blink-182 (whose drop out likely killed the festival). No disrespect intended, but a line-up like that isn’t enough to get me to the desert for a weekend, let alone to the Bahamas. Speaking of the desert…

The Fyre Festival was scheduled the weekend after the biggest festival of the season: Coachella

Here’s some great logistical planning: let’s schedule this “festival” the weekend after one of the biggest music festivals in the world, where nearly all of our vaunted social “influencers” will be instead of promoting ours: Coachella. At the very best, Fyre would be labeled as a rich man’s poor man’s Coachella. At worst, well, do I need to mention those cheese sandwiches again?

Barely anyone knew the Fyre Festival was happening

If you knew anything about the Fyre Festival before today, congratulations on either being incredibly plugged in to deep festival culture, or buying into this barely-there island fantasy. Before it imploded into Internet history, the Fyre was barely an ember. After a sort-of flashy launch in December driven by “influencers” Bella Hadid and Kendall Jenner (quick aside: maybe Kendall should just go into hiding for eight months; April has been a terrible month for her), the festival quickly faded from public mention, only popping up when additional headliners were announced and news about the looming nightmare began leaking to Page Six. And for a festival basically born via social media, it has a fairly dismal presence on some key platforms. The Fyre Festival Twitter, unverified, has 2,306 followers. The festival also has 12,000 fans on Facebook, and 50,300 followers on Instagram. For an event looking to be the next big destination on the festival calendar, it utterly failed in promoting itself, which only makes the negative attention it’s now receiving from The New York Times, The Wall Street Journal, CNN, and more even worse.

In other words, to pull from the immortal DJ Khaled: