The show's best tears come when it doesn't try so hard.

Four episodes in, A Million Little Things has essentially confirmed every little thing cynics would love to hate about it.

It is a shameless thematic carbon copy of NBC’s juggernaut This is Us. The show’s use of suicide as a plot driver has problematic elements at best, and is irresponsible at worst. It is genetically engineered to derive tears from the stoniest of people. It’s rife with platitudes that often replace realistic characterization. The characters themselves aren’t especially likable; some of them are quite execrable. It may be the most emotionally manipulative show on television, and lacks the payoff to justify it. Once in a while, though, ABC’s freshman drama will land on a moment that is startling in its profoundness, seemingly by accident. They’re not often, and rarely involve the main narrative of John Dixon (a Jack Pearson knockoff played by Ron Livingston) and the reasons behind his suicide. They certainly aren’t the grandiose statements and gestures that a show like this insists on. They are quiet, simple and powerful when they land.

One such moment occurred in last night’s episode with Gary (James Roday), the Chandler Bing of this group of devastated friends. Gary is a survivor of breast cancer, which is rarely ever discussed in media as a men’s health concern. His experiences so far have been played for humor; we don’t really know he has coped with his illness, his tentative survival and the concept of his own mortality, all full of dramatic opportunities. Instead, A Million Little Things approached a subject just as absent from men’s health discussions as breast cancer: body image. During a fight with sort-of girlfriend Maggie (Allison Miller) about his history with women, she accuses him of pretending to have insecurities about his chest in order to get her into bed. It’s a low blow, and Gary is clearly shaken by it. The inevitable make-up scene follows with a twist: when Maggie asks him to leave, Gary removes his shirt, revealing his mastectomy scars to her – and us – for the first time. Roday plays the scene beautifully, conveying Gary’s fear and vulnerability with hesitant movements and a determined but weary stare. After they tenderly make up, Gary lifts the sheets up to cover himself; despite this huge first step, he still isn’t ready to resolve those insecurities about his body, and presumably, his manhood. It was a deeply affecting pair of scenes, for its unexpected look at male body image and intimacy, and for adding a fascinating dimension to Gary.

Gary played a key role in another standout moment from the second episode. The primary focus was contextualizing the affair between Eddie (David Guintoli) and Delilah (Stéphanie Szostak), John’s widow, by way of a father-daughter dance that John’s daughter Sophie is participating in. While Eddie and Rome (Romany Malco) are supporting her, Gary is playing uncle with John’s young son Danny, who is struggling with an attraction to another kid. Danny hasn’t formally come out, but Gary correctly assumes that the object of affection is a boy. Speaking in vague terms, Danny confirms, and then reveals a devastating thought: he fears his sexuality played a role in his father’s suicide. While A Million and other shows have definitely dealt with survivor’s guilt after suicide, having an LGBTQ child – an unfortunate rarity in entertainment – express and associate their burgeoning identity with it was shattering, and the response carried the kind of honesty and compassion that feels essential in today’s climate. To have Gary be the one to deliver it only cements his status as the show’s true standout. 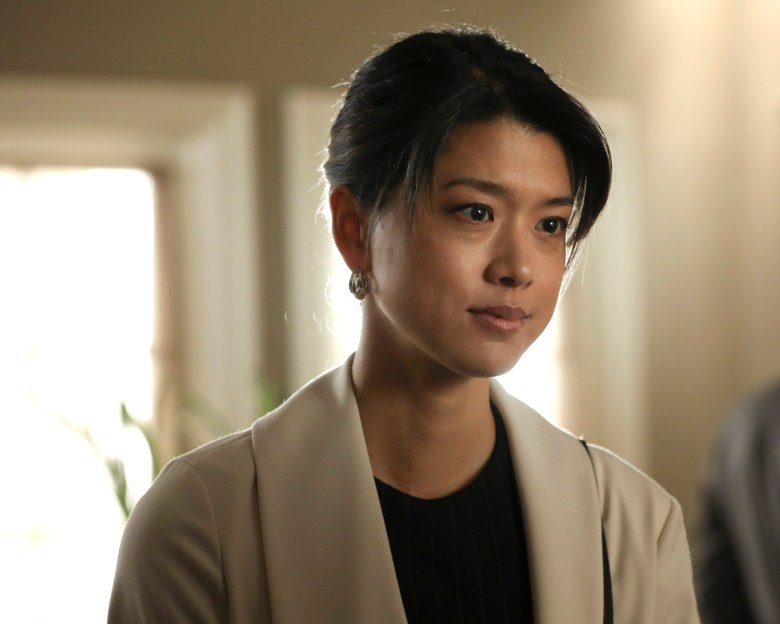 Katherine (Grace Park), Eddie’s wife and the only living victim of his affair with Delilah, has also emerged as a character to watch. Katherine initially appeared cold, distant, even cruel to her free spirit husband. In hindsight, her characterization was an effort to make Eddie’s adultery with his best friend’s wife appear less reprehensible. The third episode exposes Eddie’s infidelity to the group, and Katherine is finally given room to show how deeply she can feel. Eddie’s affair isn’t just a betrayal of their marriage, it’s a slap in the face to all of the personal sacrifices she’s made for her family while Eddie recovered from his alcoholism. She is devastated because what was all of it for if her marriage was a sham? Watching Katherine come to terms with her crumbling marriage is devastating, but her confrontation with Delilah that is a real gut punch. Sitting in the driveway with the woman who interceded in her marriage, Katherine explains to Delilah that the one person she wanted to talk to, the only one who could understand her at that moment, was John. She then offers Delilah a brutal olive branch: as justified as Katherine is in her anger, she won’t yell at her, because Delilah’s already paid the steepest cost for her affair. Delilah is left reeling, and through Park’s powerful performance, we see Katherine’s remarkable scope of character (and just how awful Eddie is).

A Million Little Things has problems, some that feel inevitable with the premise (along with 13 Reasons Why, I question the thought process behind building a series around suicide). Yet, this show has shown itself capable of flashes of deep insight and genuine honest emotion that This Is Us delivers on a regular basis, with a much riskier subject matter. The rewards can potentially be great, but the show has a long way to go before the tears they force audiences to shed feel truly earned.