I won’t bury the lede: Death Note is terrible. 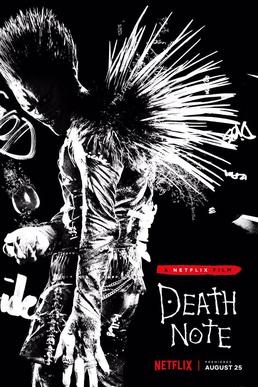 Not the beloved Japanese anime series; that is great. Netflix’s adaptation of that series, now that is terrible. I’ll take it one step further: it is a case study on why Hollywood needs to never, ever remake another anime series ever again.

Death Note ostensibly tells the story of Light Turner, a troubled teenager in Seattle who stumbles upon a notebook that grants him the ability to kill anyone he wants. The book is gifted to him by Ryuk, a death god who derives joy from creatively gruesome death. As he fills the names in the book and the world catches on, Light creates a persona named Kira, an omniscient arbiter of death that claims responsibility for the killings, to protect himself and his partner in crime Mia. His global killing spree catches the attention of L, an eccentric or unhinged detective who is obsessed with taking Kira down at all costs.

The original series is a hyper-tense cat-and-mouse thriller that meditates on life, death, and the role of God. This dilutes those complexities, nuances, and anything else remotely interesting, into a worse version of Heathers, the 80’s classic starring Winona Ryder and Christian Slater. Light and Mia’s mind-numbing, trashy “us against the world” romance, which doesn’t exist in the anime, is the film’s bizarre driving force. Murder serves as a teenage aphrodisiac, as scenes of them making out are intercut with the grisly deaths they dictate. It’s gross and so pointless, since neither character is fleshed out enough to understand their motivations, their attraction, or their heinous proclivities. Light and L’s intricate battle of wits is dumbed down to glorified stalking and useless, unsubtle tete-a-tetes in diners. Light, one of anime’s most fascinating protagonists, is reduced to a simpering awkward mess whose sociopathic impulses are transferred to Mia, in a twist you could see coming from the very start. To even call this film an adaptation is an insult; it’s a bastardization.

And what a cheap one it is. Death Note is a shoddy piece of work that barely surpasses a basic cable series in quality. The pacing is erratic, making it harder to care about the senseless plot. The film looks messy and pedestrian; there is an artlessness to the visuals, especially during moments of excessive gore. The first blood splatter is shocking, the others are just exhaustive and even boring. The most egregious error in design lands on Ryuk; tragic CGI turned the menacing death god into a silly, beady-eyed shell of his true self. Maybe most of the film’s $40 million budget was spent on securing Willem Dafoe as Ryuk? It was mostly money well-spent, since Dafoe, with his gravelly tone perfectly conveying sadistic glee, is the only bright spot. The rest of the cast ranges from serviceable to forgettable, none of them compelling enough to meet Dafoe head on.

Death Note is a staggering, disgraceful failure on every conceivable level, and an unfortunate stain on Netflix’s original catalog. Any hopes that the streaming giant, unbound to traditional Hollywood rules, wouldn’t botch their own stab at an anime adaptation were sorely misguided. Like Dragonball Evolution and Ghost in the Shell before it, Death Note stripped away the core tenets of the original and left behind a thoroughly unappealing farce that offered nothing, to fans and newcomers alike. It is clear that American filmmakers are incapable of properly adapting anime into live-action, of preserving the qualities that made these works worthy of the effort.

Let Death Note be the final nail in the coffin; Hollywood, leave anime alone, for good.