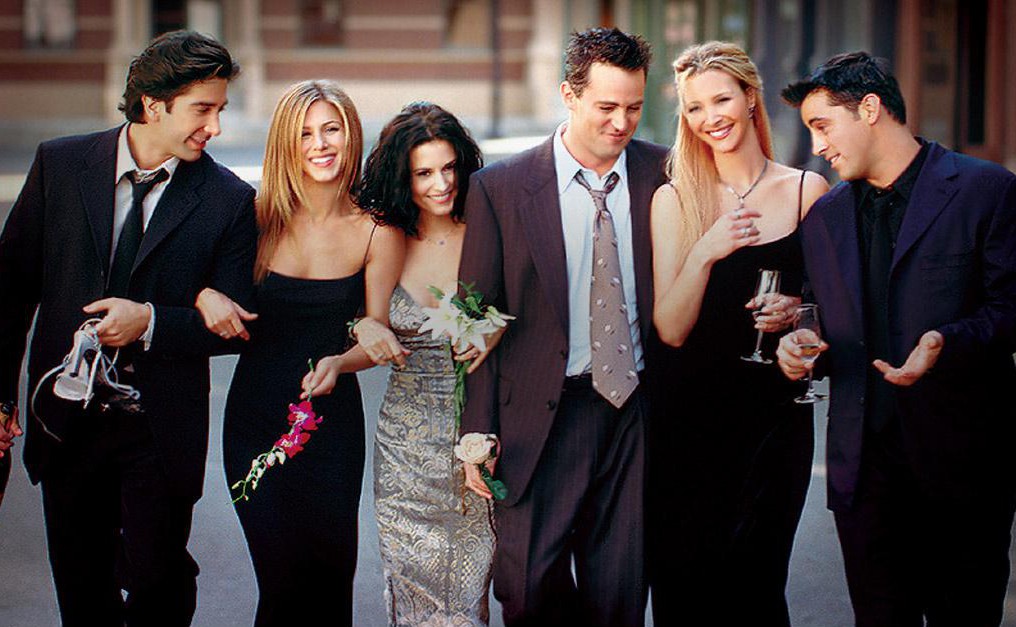 I was twelve years old when Friends went off the air. Back then, I didn’t really watch Friends because I understood the humor or the experiences, but because the show was so present in the pop culture landscape that not watching it seemed like a crime against humanity. In other words, I was experiencing fear of missing out before it became a thing.

In the ten years since we all said goodbye to Monica, Chandler, Phoebe, Joey, Ross and Rachel, I’ve come to respect Friends not only as a pop culture stalwart. I started out knowing Friends as the defining television show of the decade of my birth, dictating everything from hairstyles to magazine covers. What I’ve come to realize, with time and endless reruns on TBS and Nick at Nite, is that Friends is a brilliant television program that truly encapsulated the meaning of being a twenty-something and how important it is to have people to share it with. If you are a twenty-something, or you’re trying understand us, Friends is something of required viewing.

I’m sure there are millions of people who feel the same way I do, which explains why rumors and requests for a Friends reunion have been frequently bandied about since 2004. The closest we have gotten was last week, when Jimmy Kimmel staged a mini-one with Jennifer Aniston, Courteney Cox and Lisa Kudrow in an exact replica of Monica’s kitchen. As the 20th anniversary of the show’s first episode approaches, everyone seems to be talking about a possible reunion: what it would look like, what form it would take, and who would be the last to sign on.

Today, for the first time in a decade, I sat down and watched the series finale of Friends. Back in 2004, I and 54 million others, watched as the spectacular six officially cast aside the Central Perk and entered the next stage of their lives. Monica and Chandler moved of the iconic apartment to raise their adopted twins, Phoebe started a new married life with Mike, Joey eventually moved to Los Angeles (and a very unsuccessful spinoff), and Ross and Rachel finally reunited. It was a great ending back then. Ten years later, with my new appreciation of the show firmly established, I realized it was perfect. Each character’s story was wrapped up neatly, with a hopeful future mapped out for them all (we’ll just pretend Joey didn’t happen). Even better, as showcased in the final scene, their stories closed out together. Many shows these days would be lucky to have such an ending.

So why risk mucking it up? Assuming there was a reunion, it would be just that: having the characters at completely different stages of their lives coming back for one or two hours. Would they have kept in touch all of this time, or would this be the big hurrah after years of living in respective sandboxes? What would bring them back together? Would it be a tragedy or a triumph? How would the kids factor in? There are a lot of options, but that is part of the problem. Just as there are many opportunities for greatness, there is an equal amount of opportunity for failure. The potential damage to one of the best comedies of all time just doesn’t seem worth it. One only has to look at another indelible TV icon, Sex and the City, to become skittish at the same level of tarnish reaching Friends.

It would be one thing if the show had left too many doors open, demanding answers and disingenuously setting up for future projects. Thankfully, the show runners respected the characters and the fans too much for that. All of the actors have said very politely that a reunion was unlikely, explaining that they really liked how they left their characters. And they were right. Again, every character’s storyline felt complete to varying degrees. Sure, it would be nice to see what they are all up to at this stage of their lives, considering how much they meant to meant to viewers the world over. However, it might be better for us to remember them as we did in that last scene. In an entertainment age where every single morsel is mined for potential sequels, three-quels, reunions and the like, maybe it’s best if we leave Friends. Maybe our imagination will suffice.

So yeah, as long as YouTube, DVD sets, syndication (and hopefully a Netflix or Hulu deal) exists, they’ll be there for us. Just not in a two hour reunion special on NBC. And that’s just fine.