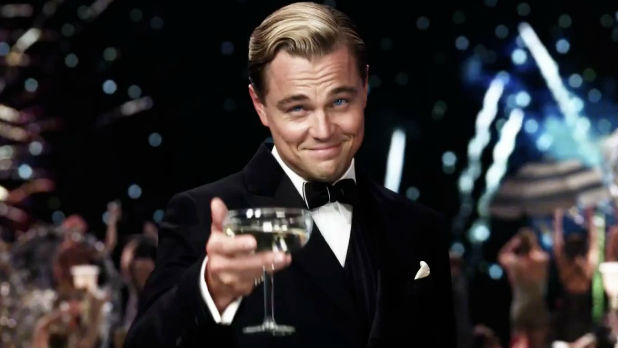 All of the envelopes have been opened, the statuettes have been passed out and the Twitter and Tumblr-verses have all erupted over another year where Leonardo DiCaprio went home empty-handed at the Academy Awards.

It’s fairly easy to get swept up in the Buzzfeed-stirred frenzy over Leo’s losses. He is, after all, one of the most iconic actors of our time. He will always be Jack from Titanic at the very least. He is also an incredibly talented actor who bucked the supposed trappings of said role to become a reliable leading man.

So why no Oscar?

As exciting and scandalous as it would be, there is no conspiracy to shut Leo out from winning that little gold man. There is no grand plot to punish him for 2000’s The Beach. If he is being punished, it’s for having really, really crappy timing, terrible Oscar campaigns and, unfortunately, just not being the best that year.

To elucidate my point, let’s look back at Leo’s Oscar history (including  some of the films he should’ve been nominated for):

Leo’s first taste of Oscar glory was for What’s Eating Gilbert Grape in 1994. His performance was critically lauded, with even Roger Ebert declaring him a shoo-in for Best Supporting Actor. However, there were two performances that ultimately outshined his, Ralph Fiennes in Schindler’s List, arguably the most important Holocaust film in history, and Tommy Lee Jones in The Fugitive, which ultimately won the Oscar. Considering his youth at the time, it really was just an honor to be nominated.

Many will be surprised that Leo was one of the only snubbed the year Titanic was received virtually every Oscar nomination possible (him and Best Original Screenplay). But, to be fair, it wasn’t a particularly strong performance, and it was a tough year of contenders. Even if Leo had squeaked into the category, there was no way he was losing to Jack Nicholson in As Good As It Gets.

His first Best Actor nomination was for playing Howard Hughes in Martin Scorsese’s biopic, and it was the first year where he had a real fighting chance for gold. His main competition that year was another biopic performance, Jamie Foxx in Ray. It was fairly neck-in-neck that awards season, but Foxx’s complete embodiment of Ray Charles was a sight to behold, and has truly left its mark on popular culture. The same can’t be said of Leo’s interpretation of Hughes (the film is more noted for Cate Blanchett’s Oscar-winning turn as Katharine Hepburn, to be honest). Had he not been up against Foxx, Leo would’ve easily won against the other nominees, but it wasn’t meant to be.

Snubbed? Nope, but only because Jamie was nominated

I enjoyed Leo in Blood Diamond, but there was no denying Forest Whitaker as Ugandan dictator Idi Amin in The Last King of Scotland. He swept through the awards season with ease and was considered such a lock that they might as well have presented the award at the beginning of the evening to get it out of the way. Still, Leo was the second strongest of the nominees that year, so again, bad timing, I guess? It also didn’t help that he chose the wrong film to campaign for: Gold Derby speculated back in 2011 that Leo’s decision to not campaign for Lead Actor for The Departed was a fatal error (he instead went for Best Supporting Actor, and wasn’t even nominated).

I recently saw Revolutionary Road on HBO Go and came away with two thoughts: damn that was depressing, and how was Leo DiCaprio not nominated for an Oscar? His performance was nothing short of explosive, and completely unexpected from him. Seriously, it was the definition of a tour de force. One possible reason for his Oscar sub was the utter travesty that was the film’s Oscar campaign, which made headlines when Kate Winslet’s performance for The Reader was selected for Best Actress. Essentially, the film’s campaign was a mess that only garnered three nominations, neither for its searing stars. That said, it was also an incredibly tough category that year, with Sean Penn and Mickey Rourke duking it out and Penn ultimately triumphing for Milk. It’s tough to say how Leo would’ve placed had he made it, but this performance was, by far, his best at that point.

Snubbed? For the nomination, absolutely. For the win? Probably not.

Now here we have a genuine snub, in my opinion. Leo went against-type as the fabulously sadistic Calvin Candie, the plantation owner who captured the titular character’s wife. His performance was spectacular in its sheer outrageous and demonic, a perfect fit for Tarantino’s slave revenge fantasy. Had the Oscars followed the Golden Globes, Leo would’ve landed a spot (and a legitimate shot at an Oscar) but his spot went to Robert De Niro for Silver Linings Playbook. It’s hard to argue against De Niro (he was amazing), but Leo was definitely robbed of a spot in that category (especially considering co-star and winner Cristoph Waltz  won in 2009 for a similar Tarantino film, Inglorious Basterds).

Snubbed? For the nomination? Yes. For the win? Frankly yes, and I loved Robert De Niro in SLP.

I’m sorry to say this, but anyone who thought Leo was going to beat either Matthew McConaughey or Chiwetel Ejiofor this year is deluded. In fact, Bruce Dern had a better shot than he did. You can blame the last one on Oscar politics, but Leo was no match for the other two, even if the performance was toted as his best. Literally every nominee (except Christian Bale) had a better shot then he did.

So, what is the takeaway from this postmortem on Leo’s unfortunate Oscar career? Obviously he is talented (he does have four acting nominations after all, and one for producing The Wolf of Wall Street), but Leo is either really unlucky, or he chooses roles that don’t really stand out. Leo is often put up against much stronger and memorable roles and performances. As crazy as it sounds, he has yet to find that truly career-defining role. That role is the key ingredient to winning an Oscar, and until he finds it, Leo will remain Oscar-less.

All is not lost, however. Leo is only 39, so that role could still be right around the corner. In the off-chance that he is still Oscar-less even with such a role, he can always fall back on the apologetic Oscar (where one wins for a subpar role after being snubbed for the iconic role; see Elizabeth Taylor, Al Pacino, Denzel Washington, Paul Newman, etc.). If that fails, he could always pull a Brad Pitt, another multiple nominee who finally landed an Oscar with last night’s Best Picture winner 12 Years a Slave.

Either way, don’t cry for Leo. He is still one of the most respected actors of his time and a cultural icon. Eventually his time will come. Save your tears instead for Bruce Dern.

2 comments on “Debunking The “Leonardo DiCaprio Was Robbed” Oscar Myth”