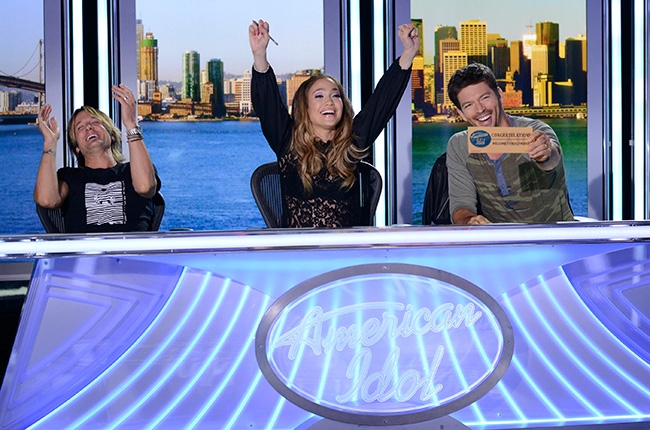 Phillip Phillips withstanding, the thirteen year-old reality competition hasn’t presented a true pop star since Adam Lambert, and he didn’t even win. Worse still, the judge’s panel has been an utter mess since they added Kara DioGuardi as the unnecessary and unwanted fourth judge back in 2009. Not even the star wattage (and catfighting) of Mariah Carey and Nicki Minaj could stop the show from being so blatantly irrelevant.

For its thirteenth season, American Idol is injecting some old and new blood: alongside the returning Keith Urban is Jennifer Lopez, back after her eleventh season stint, and Harry Connick Jr, replacing Randy and one of the other female judges (I’ll let you decide whether J.Lo replaced either Nicki or Mariah; I say Mariah).

For those who don’t know him (like a number of the contestants), Harry Connick Jr. is a Grammy-winning jazz singer and actor. Musically, he is probably most-known for the soundtrack to When Harry Met Sally, which included the hit “It Had To Be You”. He’s also acted in a number of films and TV shows, most recently as the ADA on Law and Order: SVU.

After two weeks of auditions, it’s clear to me and everyone else watching that Harry Connick Jr. is the best thing to happen to American Idol in years. The audition process is still too long, the sob stories are still annoying and Ryan Seacrest is still allowed to pester just about everyone within earshot, but Harry is a hurricane of fresh air into the stale series.

For starters, the man oozes personality. Harry Connick Jr. has charisma, is charming and is seriously funny. He has no qualms about making fun of himself, his fellow judges and the contestants, and yet is never smarmy or mean-spirited about it, whether he’s cradling a contestant in his arms (no, I’m serious) or “auditioning” for Keith Urban. He’s also a bit sassy and sarcastic, which offers a great foil to Jennifer and the diva persona she emanates. He could’ve come off as obnoxious, but he is such a chill person, that could charm anyone’s pants off. Also, I don’t know what he’s been doing health-wise, but this is the best he’s ever looked (a little bit of a hair trim would knock off another five years, but that’s just my opinion). The smile is killer.

Best of all, he has genuine chemistry with Jennifer and especially Keith. Sure, The Voice did the bromance thing first with Adam and Blake, but you can forgive the show for capitalizing on something that really works. The judges look like they are having a great time together, and that is refreshing, especially after the mess that was last season.

But even more important that judge chemistry is the judge’s ability to critique, since this is a competition that promises it can find the next big superstar. What’s truly impressive about Harry on this season is his informative and helpful assessments of the contestants. Not since Simon has there been a judge that can nitpick on details that weed out the okay singers from the exceptional ones. He can point out subtle vocal ticks and tricks that would miss an untrained ear, and determine how they impact a contestant’s performance. It’s truly impressive. He has a serious understanding of music, which he showcased as he schooled Jennifer (and me and everyone else watching) about pentatonics. Unlike Simon, however, Harry isn’t mean. He is definitely blunt and doesn’t sugarcoat things, but when he judges, you feel like he is trying to help the contestants improve. Not only does that give the rejected contestants confidence to return in the future, it makes the viewers feel that he is invested in the contestants and the show’s success.

Did I mention the killer smile?

It’s surprising that a show as aged as American Idol would find a second wind, but the show hasn’t been this promising all decade. Although I can understand why people would write the show off, Harry Connick Jr. offers a compelling reason to watch, at least for one last season.