While every day should be used to celebrate one of music’s most undeservedly underrated pop legends, there’s no better day than the Super Bowl, which was used along with sexism, racism and Jackson-ism to blackball one of the biggest hitmakers of all time, to give Janet Jackson her due. If all you know of Ms. Jackson is the phrase “wardrobe malfunction”, allow the below list be your introduction to a pop titan who inspired a generation of stars and set standards that very few artists have hopes of reaching today.

The hard-driving beat, the fierce vocal delivery that nearly doubles as cross examination, and that timeless question. Janet’s re-emergence with the Control album kicked off with a funkified call to arms for women stuck in stagnant relationships that was also ridiculously danceable. Janet was Michael’s little sister no more; she was a formidable star in her own right.

“No my first name ain’t baby. It’s Janet, Ms. Jackson if you’re nasty.” Just in case you thought she was playing around, “Nasty” whips you right back into line. The song is pure, unadulterated attitude that put a generation of scrubs on notice; Janet was, and never will be, the one to try it with.

Janet’s most important record was surprisingly not a number-one hit, but its impact nearly 30 years later is undeniable. Janet’s call to arms against injustice rewrote the rules of how social awareness and pop mixed. The industrialized R&B production that she and longtime collaborators Jimmy Jam and Terry Lewis perfected would define mainstream music for years to come. The music video is a masterpiece. “Rhythm Nation” is more than a landmark single; it’s Janet’s legacy. 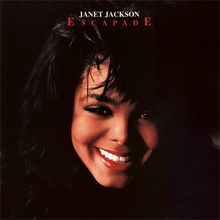 Amidst the hard-driving social commentary and heavy industrial chug of the Rhythm Nation album, “Escapade” is a welcome respite. Janet strips off the military uniform for a joyous detour into pure pop nirvana, while still maintaining enough a new jack swing edge to keep things interesting. You can literally hear the smile on her face as she sings, and it’s sure to put one on yours too.

“Love Will Never Do (Without You)” was a record-breaking turning point for the superstar. Janet famously sings the song’s verses in two registers to mimic a duet: a deeply sensuous and affecting lower and a fun and flirty upper. The result is a pure R&B-pop perfection that was also her sexiest single at the time, ultimately setting the course for the sexual liberation that would define her future releases. Some context of Janet’s utter domination at this stage: “Love Will Never Do” would make her the first artist to score #1 singles from one album in three separate calendar years.

The first single from Janet’s self titled album was a game-changer, with the singer trading in Minneapolis new jack swing for quiet storm sensuality. The aching vulnerability in Janet’s breathy vocals, combined with the song’s easy R&B groove made for one of the sexiest tracks that pop music had ever heard. 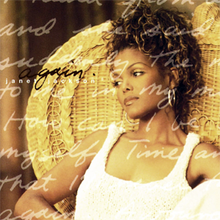 Did you know that Janet Jackson was nominated for an Oscar? “Again” from Poetic Justice netted her a Best Original Song nod, and with good reason. Easily one of Janet’s best ballads, “Again” tells the story of a woman succumbing to the memories of a returning lover, amidst a tragically romantic piano and strings. Conveying heartrending vulnerability, Janet delivers what might be her best vocal performance ever. 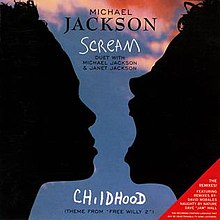 What happens when the two biggest pop stars in the world, who also happen to be siblings, join forces? Michael enlisted his little sister on this clashing, crashing pop rebuke of the world, allowing them both to growl off some steam. Of course, this song’s true delight is its multi-million dollar video, where the Jacksons find solace in dance break, intergalactic video game breaks and each other. 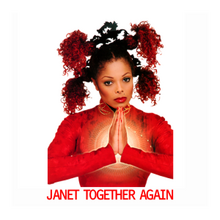 The Velvet Rope bravely explores some of the deepest, darkest parts of Janet Jackson, everything from her struggles with depression to her evolving, complicated interests in sex. Amidst the heavy material, “Together Again” allows for some breathing room, a buoyant, yet  graceful tribute to victims of AIDS. While soul largely contextualized the album, its most successful single used a blend of R&B and house to offer encouragement and celebration in the face of devastating loss.

If The Velvet Rope only existed to deliver unto the world “I Get Lonely”, that would be more than worth the purchase. This masterpiece takes Janet to soulful new depths as she unpacks the soul-consuming loneliness that comes from lost love. For someone who rarely strayed into pure R&B before, “I Get Lonely” is especially effortless. 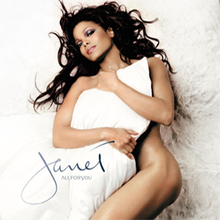 It had been a while since Janet Jackson let loose and had some fun on a track, which made “All For You” such a wonderful return to form. Newly single and clearly ready to mingle, Janet used a super-smart sample of soul classic  “The Glow of Love” by Change to explore the annals of dating. More than a decade into her career by that point, Janet sounds as youthful and free as she did in the 80’s.

Under most circumstances, “Feedback” would’ve been another smash hit for Janet Jackson. A fizzy, funky dance track with a lyrical edge, it’s Janet true-to-form. The radio freeze hadn’t completely thawed, though, limiting the success of the song and its parent album Discipline. The fact that it peaked at #19 was practically a miracle.