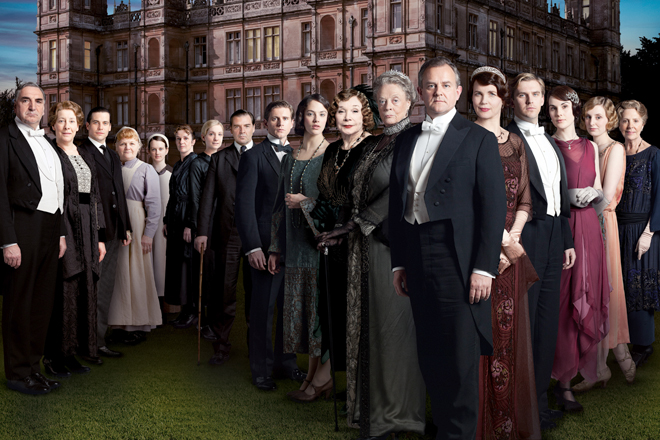 ATTENTION: If you have NOT seen the third episode of season four of Downton Abbey, you may want to skip this post, because there will be EXTREME SPOILERS.

As an entertainment fan, I have grappled quite a bit with the portrayal of sexual violence  in movies and television. Rape is not entertainment in any form, and should never be taken as anything less than serious. Doing so is beyond offensive and borderline dangerous. However, if handled responsibly and sensitively, rape can be a meaningful story to tell.

What’s also important is the artistic purpose of said story. What does it add to the character’s narrative, to the universe created as a whole? Is it being used to push the story forward? Does it even make sense for that universe?

These are questions that I immediately asked upon learning that beloved Anna Bates of Downton Abbey would be the victim of a brutal rape.

I was spoiled on the plotline last fall while Downton Abbey was airing in the UK, and I was horrified. Anyone who watches the immensely popular ITV/PBS drama knows that the housemaid has already been through so much, like her husband being in prison for a crime he didn’t commit, and was finally enjoying married life with Mr. Bates. It seemed unconscionable that, after all the trials and tribulations for her to go through, that something as horrifying as rape should happen to her.

I actually considered not watching the season, but I figured I would soldier on because I really do enjoy the series. After Sunday night’s Golden Globes, I sat down and watched the episode. As expected, it was horrible, punctuated by Anna’s screams that were muffled by the opera singer’s voice upstairs. Even more devastating was her insistence to Mrs. Hughes that no one know, especially Mr. Bates, because he would certainly kill her rapist.

Downton Abbey is a show of escapism. It is a show where people the world over are transported to a time of grandeur (however crumbling and shifting) and splendor. It’s a time of period dresses and sprawling estates and footmen. It’s a show where the biggest scandal is a one-night stand with a Turkish diplomat who dies afterward and has to be dragged back to his own bed. Anna’s rape, and the brutal nature of it, rips that fantasy away and darkens the entire canvas. No matter who is on the screen, viewers’ thoughts will be focused on Anna and she will cope with this violent act. What’s the point of watching Lady Mary gallivanting with new suitors when Anna is braiding her hair with still-healing bruises? Any issue that Lord Grantham may have will certainly pale in comparison to Mr. Bates’s struggle once he learns of his wife’s attack, grappling with supporting his wife and his own grief. I’m not even sure the Dowager Countess will be spared the dark cloud that has just been cast over the estate.

So the atmosphere of the show is pretty much ruined, for what purpose? Was there no other story that could’ve been told for Anna and Mr. Bates? Was it necessary to completely shatter those characters’ lives? Matthew’s death was devastating, but that happened because of Dan Stevens leaving and any other plot would be nonsensical; same goes for Lady Sybil and Jessica Brown Findlay. But Anna’s rape? Why was that necessary? It was certainly a risky move, but I cannot say it paid off. I hate to say it, but Downton may have jumped the shark with this storyline.

All of that said, kudos to Joanne Frogatt for delivering a searing, heartbreaking performance that should easily land her an Emmy nomination, if not a win.

With Season 5 confirmed to be in production, I wonder how the series will progress from this point onward. It will definitely never be the same for me, and probably other viewers.

What are your thoughts on Downton Abbey so far? Do you think Anna’s rape was a meaningful story to tell? Drop a comment and let’s talk!

0 comments on “Downton Abbey, And How Season Four Has Officially Ruined It”